All the Colors Under the LGBTQI+ Rainbow

Queer identities have evolved significantly, as has the acronym used to describe the community. This post is designed to help people become aware of what all those letters mean. I am including definitions for each letter from our book's glossary "coming out" in 2017 from the American Counseling Association.

Most people are aware of what the first part of the acronym, LGBT, indicates.

Q has become the umbrella term to refer to the community as well. So rather than saying "the gay community" people more often say "the queer community" or communities.
Queer – (adjective) (1) a person whose gender identity and affectional orientation are not reflected in traditional heterosexual or gay labels and categories. (2) an umbrella term, used to describe the entire community of LGBTQI+ persons, as in the “queer community”. It reclaims a once derogatory term as an affirmative identity. Be aware, however, that some persons still find the term queer offensive.

The rest of the acronym may be less clear to people. There have been some new terminology as well as recognition of identities that have had little attention in the past. The order of letters in the acronym is also different depending on the context or community using it.

Ally – (noun) a person who 1) has empathy for LGBTQI+ people, 2) provides support to a person or people who are LGBTQI+, and 3) identifies with a privileged category compared to the individuals or groups for whom they are supporting or advocating. (verb) as a member of a privileged category in relation to those whom they are advocating by 1) actively confronting bias and privilege both personally and within others, 2) believing that bias, prejudice, and discrimination against the LGBTQI+ population are issues that require social justice advocacy, and 3) participating in active advocacy for individuals and/or groups who identify as LGBTQI+.  For example, a heterosexual or a gay male could both be an ally for a transgender person.
Asexual – (adjective) a person who feels little or no sexual desire and/or attraction to other people and experiences a lack of interest in having a sexual relationship. It is recognized as an affectional orientation. Also known as “ace” within the asexual community.
Genderqueer – (adjective) a person whose gender identity is not reflected by the binary of male or female. It is also used as an umbrella term, similar to third gender and transgender, to reflect people who are gender non-conforming and/or non-binary identities. Genderqueer persons may think of themselves as a combination of male and female (e.g., bigender), no gender (e.g., agender), multiple genders (e.g., pangender, omnigender), genderfluid, or third gender. Similar to the identity of queer, it reclaims a once derogatory term as an affirmative identity. Be aware, however, that some persons still find the term queer offensive.
Intersex – (noun) a person whose sex development in utero differs from the expected sex presentation at birth, resulting in ambiguous or both male and female chromosomes, hormones, internal/external sexual organs, and/or secondary sex characteristics. A synonym of  Disorders/Differences of Sex Development.
Pansexual – (adjective) a person who is predisposed to emotionally, physically, sexually, psychologically, and spiritually bond with others, regardless of sex or gender. A synonym with omnisexual.
Two-Spirit(ed) – (adjective, noun) an indigenous/ Native person to the Americas who embraces a third gender, which represents both masculine and feminine spirit within one person. Their identity can involve both affectional orientation and gender variance. Historically, two-spirited persons were valued, respected, and honored for their spiritual and social roles within a tribe.
Questioning – (verb, adjective) a person who is not sure or is actively exploring their affectional orientation and/or gender identity.

There are about a thousand other terms, but these represent the most commonly used categories. If you have a question about a specific term, write a comment and we'll respond!
Posted by Dr. G at 6:53 AM No comments:

This morning I corrected someone who used the term "a transgender." "That's not a noun", I said patiently. "The correct term is transgender person." The response I get from people when correcting language is anywhere from incredulous to frustrated to confused. Gender and affectional orientation are complex issues. Add on top of that that these terms change and once-accepted terms can now be considered offensive, people can be fearful of using the terminology and frustrated that it changes so often. I understand; the sheer number of terms and how quickly they change can be overwhelming. But, I'm going to explain in this blog post, why these terms are so complex and why they change so much.

First, we live in a world that is heteronormative (seeing heterosexuality as the norm) and cisnormative (having a singular gender identity that matches your designated sex at birth as the norm). Since researchers and clinicians live in this society, they use that lens to view differences. Terms that were initially chosen to describe LGBTQI+ people have been found to be lacking or incorrect. For example, it used to be a convention to refer to a transgender person's "biological or genetic sex," referencing their designated sex at birth (the phrase we use now). "Biological or genetic sex" is not actually accurate and reflects a bias against transgender people. Some transgender people may have "Differences of Sex Development" or Intersex conditions, where there sex chromosomes, internal sex organs, external sex organs, and secondary sex characteristics (face shape, facial hair, etc.) do not match in a binary male or female manner. For example, they may have XX chromosomes, have internal female sex organs, and external male sex organs, with blended secondary sex characteristics. "Biological or genetic sex" also assumes that only observable sex characteristics are "biological or genetic"; when, gender identity and brain physiology is absolutely biological and genetically influenced. Therefore, the first reason is that the way we see the world impacts our terminology. When research findings and other viewpoints enter our collective consciousness, we understand how previously used terminology can be incorrect.

The second reason that these terms change is because of the stigma associated with the LGBTQI+ communities. When a term is associated with a culturally devalued label, it can carry so much stigma that it needs to be changed, as it is commonly used in an abusive way. For example, individuals with intellectual and cognitive disabilities were once called fools, simpletons, cretins, idiots, and imbeciles, as clinical terms. Because of the negative stigma, these terms began to be used abusively, and eventually become outdated and need to be changed. The word carries so much stigma on its own, it becomes unsalvageable. The same thing has happened to the terms "homosexual" and "transexual," which are outdated terms that carry much stigma. This stigma can also show up in how people use a word; using an adjective as a noun is a common mistake. Saying "a transgender" is no more appropriate or correct than saying "a gay". Therefore, the second reason that these terms change so much is that they begin to carry stigma and begin to be used as derogatory terms.

The third reason that LGBTQI+ terminology is always shifting and complex is because it is based upon one's identity and subjective sense of self. The terms are just labels that will not fit everyone perfectly. Gender identity is on a continuum, therefore, someone could have a very specific term for being at a specific location on that continuum (e.g., femme, boi, agender, etc.). Also, because of intersectional identities (ethnicity, spirituality, etc.), gender identity and affectional orientation labels can be very specific to the person's other identities, such as BlaQ (someone who identifies as African American and queer) or Latinx (a person who identifies as Latin American and genderqueer). There are literally thousands (or more) of potential identity terms that encompass affectional orientation and gender.

While there is no way that someone could know all possible LGBTQI+ identity terms, I suggest that when you are working with someone, as a counselor or otherwise, that you simply ask what term a persons uses and what it means to them. Do not expect that person to be a walking encyclopedia for you, however, especially when you have google. 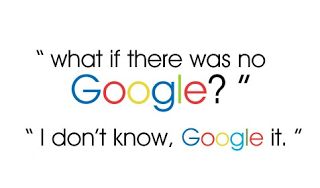 Our new American Counseling Association book coming out next year has a complete glossary in it, but there are also some useful ones online through the Human Rights Commission, It's Pronounced Metrosexual website, and within the ALGBTIC Competencies for counselors. We'll be addressing more terms in this blog as well, so stay connected! 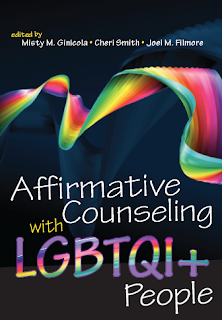 Why a Blog for LGBTQI+ Issues in Counseling?

When I begin speaking to my students about LGBTQI+ issues in my counselor educator classes at Southern Connecticut State University, I encounter some students who ask, "Isn't it much better for LGBT people now? We are much more accepting of LGBT people now in society." That is true, however, there are what we call "pockets of acceptance" - many continue to grow up with significant rejection, and so many issues remain in our "accepting" society, that counselors MUST be aware of and consider in their work.

What do LGBTQI+ people really face now? Many say (4 out of 10) that their community is absolutely not at all accepting of LGBT people. LGBT youth are twice as likely as their heterosexual peers to experience bullying and abuse at school. The vast majority of LGBT persons are also hearing negative messages about being LGBT, just as they are trying to understand their identity and feelings, in a period of time that is the most difficult for most people - teenage years.

How does these difficulties impact youth? Unfortunately it puts them at an incredibly increased risk for suicide. Both thoughts and attempts are greater in Gay, Lesbian, and Bisexual boys and girls, significantly above their heterosexual counterparts. Suicidal risk is even exponentially higher for transgender youth. Because of the high rejection of transgender persons by their families and due to other conditions (i.e., homelessness, medical centers refusing to care for them, legal obstacles, increased harassment), over 40% have attempted suicide. What is also known for all LGBTQI+ people is that when there is family rejection, they are at an incredibly higher risk. 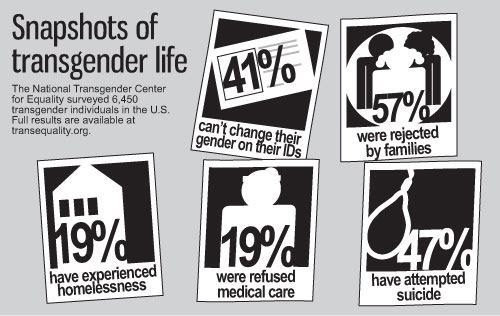 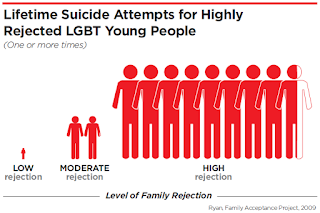 As counselors, we must be acutely aware that LGBTQI+ people live with increased rejection and minority stress, that it contributes to the quality of their physical and mental health, and that depending on their other intersectional identities (e.g., ethnicity, religion, disability, national origin), these impacts could be exponential. This blog is devoted to bringing awareness, knowledge, and skills to counselors who work with LGBTQI+ people. A counselor working with this population can not only change the course of the client's life, they can literally save their life.